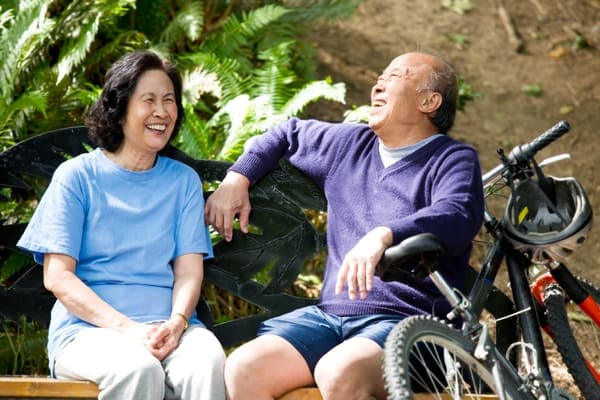 The Guide to Intraocular Lenses (IOLs) and Customized Cataract Surgery

This is a continuation of our cataract surgery series, where in our first article, All You Wanted to Know about Cataract Surgery, we had discussed the surgical technique, pre-operative and post-operative care, and potential complications of cataract surgery.

In this article, we discuss how in modern cataract surgery, your eye surgeon can customize the surgery to your eye to suit your specific visual and lifestyle needs. This is done by way of specific pre-operative testing procedures, and also by selecting the most appropriate intraocular lens (IOL) for your eye!

What further tests do I need before cataract surgery?

Precision is of utmost importance in achieving the targeted visual outcome. By this we mean that if we targeted to make you without any refractive error (i.e. 0 diopters), or with very minimal refractive error, in your eye after surgery, we would want to be absolutely certain that we are able to achieve this. Thus, to obtain an in-depth, comprehensive assessment of your eye, and to effectively plan cataract surgery, your ophthalmologist would usually conduct several further tests. 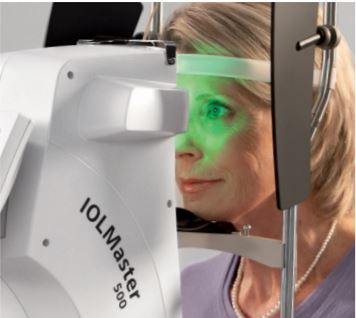 Biometry of your eye is absolutely necessary and uses sophisticated technology to quantify the length of your eyeball, your corneal curvature, and other important eye parameters, such as corneal width and the depth of the anterior chamber of your eye.

Mathematical calculations are then conducted based on these measurements to allow your surgeon to choose the intraocular lens (IOL) power most appropriate for your visual requirements.

Your eye surgeon may also require other tests to be done prior to cataract surgery, for example:

What types of intraocular lenses are there for placement during cataract surgery?

An intraocular lens (IOL) is a clear plastic disc-like implant that is placed into the capsular bag of the eye to take on the optical function of the natural crystalline lens.

The IOL selected for your eye is of a specific prescription and customized to your eye to allow you the most optimal vision and visual quality, based on your profile of vision-related activities.

A wide array of intraocular lenses are available for implantation, although the specific type of IOL that your surgeon may recommend will depend on certain parameters of your eye structure, your lifestyle needs, hobbies, driving habits, and desire for spectacle-freedom over a range of viewing distances.

Broadly speaking, viewing distances are classified into 3 main categories: distance (at 100 cm and beyond), intermediate (about 66 cm to 80 cm), and near (about 33 cm)

There are 3 main groups of intraocular lens options available for patients:

Will I Still Need Glasses After Cataract Surgery?

Whether you need glasses after cataract surgery really depends on the type of IOL implant you choose. Each IOL type has a unique profile of visual capabilities, and you will have to discuss with your ophthalmologist regarding the type of IOL that works best for you.

Here is a quick summary of the most commonly-implanted IOLs (i.e., monofocal, trifocal, and EDOF IOLs), as we have discussed in point 2 above.

Those with significant astigmatism (usually more than -0.50 D) would usually require toric IOLs. Monofocal, trifocal and EDOF IOLs all come with toric options. For those who have had trifocal and EDOF IOLs, reading is generally encouraged under good lighting conditions, e.g. using a reading lamp.

Importantly, there should not be a “one-size-fits-all” approach for your own cataract surgery! The decision to undergo cataract surgery is certainly one that requires an in-depth discussion with your eye surgeon concerning your occupational, social and lifestyle needs, and desire for spectacle-independence.

There are a range of IOL options available currently, with the potential to allow you to achieve spectacle-independence at various distances, and afford you improved quality of life. The discussion with your eye surgeon should also address your expectations, as well as for you to gain an understanding of the potential benefits of each IOL option, and compromises that you inevitably will have to trade-off in return for greater spectacle-freedom.

Therefore at present, there is no one “perfect IOL”, one which offers uncompromised visual quality without the optical effects of glare and halos, and at the same time providing good vision at all distances, and under dim lighting conditions as well. Until we can postpone our own cataract surgery far into the future when such an ideal IOL may have been invented, this goal will remain the holy grail of cataract surgery! 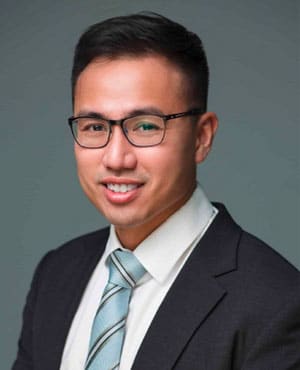 Dr Errol Chan has international experience in caring for patients with eye diseases, having worked at various eye centres in the world. To date, he has performed thousands of cataract and vitreoretinal surgery procedures.

His practice centers on all aspects of general and emergency ophthalmology, with special expertise in cataract surgery, the medical and surgical treatment of retinal diseases, and uveitis. Dr Chan’s meticulous approach emphasizes quality care, safety, honesty, and empathy. His personal ethos is to provide the most appropriate treatment for every patient to achieve the best possible vision.

Request for an appointment.

The Guide to Intraocular Lenses (IOLs) and Customized Cataract Surgery

Can Medisave or Insurance Be Used for Cataract Surgery Expenses?

All You Wanted to Know About Cataract Surgery in Singapore

Why They Chose Lasik over Contacts/Specs

Monday to Friday: 9am to 6pm
Saturday: 9am to 4pm
*Last Registration 2pm
Sunday & PH: Closed

Incorporated in 2005, Singapore Medical Group (SMG) is a healthcare organisation with a network of private specialist providers across four established pillars - Aesthetics, Diagnostic Imaging & Screening, Oncology and Women's and Children's Health. Within Singapore, SMG has more than 30 clinics strategically located in central Singapore and heartland estates. Beyond Singapore, SMG also has an established presence in Indonesia, Vietnam and Australia. Learn about our privacy policy here.
Visit Other Clinics: DUMMY
Talk to Us Today

Hit enter to search or ESC to close